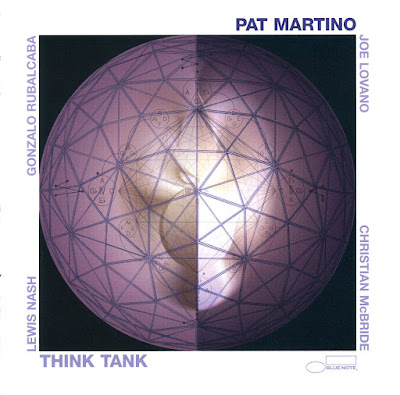 Guitarist Pat Martino has tempered his serpentine, machine-gun improvisational style over the years into a soft-focus, graph paper stencil. His playing, at once mathematically dense and puritanical in its economy, can impress with long bursts of harmonic complexity and stylistic flourishes that cross rockabilly-esque chicken scratch with ECM-style repetition. All of this is on display on his cerebral, blues-tinged 2003 album Think Tank. His third album for Blue Note since 1997's All Sides Now, it finds him paired with the equally protean talents of saxophonist Joe Lovano, pianist Gonzalo Rubalcaba, bassist Christian McBride, and drummer Lewis Nash. Together, they play with a thoughtful intensity that's both meditative and exploding with improvisational ideas. Lovano is an especially intuitive foil for the guitarist with a floating, kinetic style that's well-suited to these flowing compositions. They both spiral through the title song, an intriguing scientific theorem of a tune that Martino built out of the letters in John Coltrane's name. The track, as with much of Think Tank, finds them dancing around drummer Lewis Nash's ever-present swinging groove and bassist Christian McBride's funky drones. Equally engaging is the ballad "Sun on My Hands," in which pianist Gonzalo Rubalcaba and Martino delicately play off each other in a kind of plaintive call-and-response that brings to mind Martino's dusky, reflective 1976 album We'll Be Together Again. Elsewhere, Martino offers up the sinister, Middle Eastern-tinged modality of "Africa," the driving post-bop exuberance of "Earthlings," and the sun-dappled haze of "Before You Ask." Think Tank is a deep album, but never cold.

In the sense that a think tank is a collection of bright thinkers, guitarist Pat Martino’s characterization for his new CD really does hold up for this one-off session. Martino shares the front line with tenorman Joe Lovano, pianist Gonzalo Rubalcaba, bassist Christian McBride and drummer Lewis Nash to form a very strong mainstream band.

Since reemerging in 1994 after a brain aneurysm effectively made it necessary to relearn how to play his instrument, Pat Martino has found himself in a variety of recording situations. Most of his recent albums as a leader have been made for Blue Note, but even a brief survey of those reveals Martino as a restless spirit, constantly shifting styles and bandmates to pursue his ever-evolving muse. Recent years have seen the guitarist largely abandoning the slightly trippy modal workouts that informed his best Prestige LPs from the late ’60s in favor of getting back to his soul jazz roots, as on 2001’s Live at Yoshi’s and his guest spot on The Philadelphia Experiment project. For this reason alone, his new release Think Tank is likely to raise more than a few eyebrows, as it marks a return to the modal-flavored hard bop upon which his reputation is largely based.

Martino doesn’t pull any punches, either, as one look at the lineup he’s assembled for his journey quickly proves. The band is as close to all-star as it gets in jazz these days, featuring saxophonist Joe Lovano (himself a Blue Note regular), pianist Gonzalo Rubalcaba, bassist Christian McBride, and drummer Lewis Nash. As is so often the case (Lakers fans, back me up here), putting together a collection of ringers doesn’t necessarily translate into the uncompromising brilliance that can be achieved by a working group, but the results of their meeting as collected on Think Tank are certainly worth checking out.

The band is at its most effective on a trilogy of spiritually inclined pieces: “Think Tank”, “Africa”, and “Quatessence”. According to Martino, the CD became sort of an unintentional tribute to John Coltrane, particularly after Martino composed the title track using a mathematical system based on the letters of the saxophonist’s name. Beyond its academic construction, though, it’s easily the disc’s highlight, balancing the guitarist’s jittery arpeggios, Nash’s exquisite snare work, and Lovano’s heated restraint to effectively capture the spirit of its tributee. Their take on Coltrane’s “Africa” is also worth mentioning, if only for the utter genius of Rubalcaba’s playing (which, incidentally, is on display throughout the CD). The pianist exposes himself as a highly adept accompanist, whether reserving himself with a spatial economy that’s the perfect antithesis to Martino’s voluminous runs, or striking the ideal combination of rhythm and harmony to bridge the soloist and rhythm section. 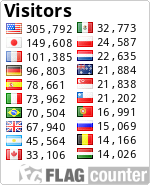