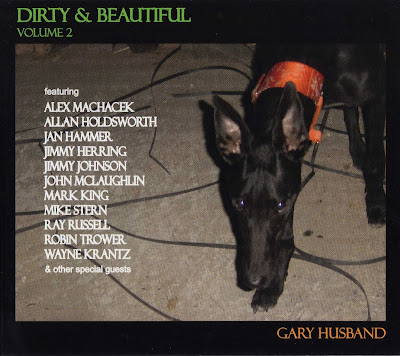 If ever there was a musician whose efforts to redefine and reestablish himself are both worthy of attention and working, it's Gary Husband. Emerging as a powerhouse drummer with Allan Holdsworth in the guitarist's I.O.U. band of the early 1980s, Husband has striven to raise his profile as a keyboardist since the turn of the millennium, turning in two overlooked (and stunning) solo piano tributes to Holdsworth and John McLaughlin with The Things I See (Angel Air, 2001) and A Meeting of Spirits (Alternity, 2006), respectively. His career as a keyboardist took a major leap forward in 2007, however, when he began playing in McLaughlin's newly formed 4th Dimension (a collaboration that remains ongoing), and the last few years of touring and recording led to Dirty & Beautiful Volume 1 (Abstract Logix, 2010), where Husband truly arrived as drummer, keyboardist, composer and bandleader, in an album featuring a large cast of musical friends old and new that was one of the best of the year.

If Volume 1 was a consolidation of a multitude of musical interests, Volume 2 represents a step forward on a number of fronts—and not just for Husband, though there's plenty of forward motion for him, in particular his command of tone and color. If Husband's roots were more evident in the past, with Volume 2 they've become completely subsumed in an increasingly personal approach to color, the keyboardist shaping some of his meatiest, most substantial synth tones to date. Volume 2 also builds on Husband's expanding circle of musical friends, in particular those made at the 2010 New Universe Music Festival: guitarists Jimmy Herring, on Husband's brief but visceral "England Green," first heard on Diary of a Plastic Box (1999, reissued Angel Air, 2008); Wayne Krantz,contributing his unmistakably idiosyncratic yet gritty approach to the aptly titled "East River Jam" (with Husband handling everything else); and Alex Machacek, whose "Lock, Stock & Two Smoking Brothers" may be the album's most overtly complex track, with dense harmonies, knotty melodies and, with Husband sticking to drums, a remarkable amount of episodic action in its relatively brief, six-minute duration.

As with Volume 1, Volume 2 is a celebration of electric guitar of all variants, with Robin Trower continuing his power trio exploration of trumpeter Miles Davis' "Yesternow" from Volume 1, channeling his inner Jimi Hendrix alongside drummer Husband and bassist Livingstone Brown. Ray Russell opens the album on a potent note with Husband's "If Animals Had Guns Too," demonstrating that his often-overlooked status is no reflection on his abilities, as he navigates Husband's irregularly metered chart with an aplomb matched and raised by the keyboardist, who sets an early high bar for himself with his dense sonic layering and incendiary synth solo. Mike Stern also makes his first appearance with Husband, his lengthy solo on "Rolling Sevens" a continuation of the heavy metal bebop he's been honing since his days with Miles Davis in the early 1980s, driven by bass up-and-comer Teymur Phell—and, of course, Husband's particularly fiery kit work.

Holdsworth shows up on a new version of his enduring Tony Williams New Lifetime track "Fred" (this time, "Fred 2011"), again with Husband sticking to kit, driving the groove in tandem with bassist Jimmy Johnson. After ex-Mahavishnu Orchestra keyboardist Jan Hammer's first synth solo reflects his signature ability to make emulate a guitar's expressive bending, a second solo—surely not Holdsworth, as it rocks out too hard, with harsher overdrive and filtering than is his habit—turns out to also come from Hammer, and so closely resembles a guitar that it'll likely fool even the most committed guitar geek.

Husband's keys and drums create the entire context for a look at a McLaughlin tune he's played in The 4th Dimension the past few years ("New Blues, Old Bruise"), but here featuring up-and-coming tenor saxophonist Sean Freeman on one of only two tracks that exceed the ten-minute mark, while McLaughlin gets a similar opportunity to stretch out on Husband's greasier "Sulley," bolstered by Level 42 cofounder/bassist Mark King's in-the-pocket funk on the other ten-plus minute track, making McLaughlin a more overall dominant force than on Volume 1.

But Volume 2 remains, unequivocally, Husband's date, and if the eclectic nature of the recording and the decision to forego the chemistry of a consistent lineup for the broader possibilities of working in a multiplicity of contexts might suggest a loss of consistency and focus in lesser hands, with Husband at the helm Dirty & Beautiful Volume 2's two common threads give it unequivocal unity: the friendships that drive every one of these eleven different collaboration; and, of course, Husband himself, whose kit work is as effortlessly inventive as ever—chops when needed, groove when demanded (usually simultaneously)—and whose keyboard work continues to evolve into a recognizable amalgam of timbral color and harmonic sophistication, with his sole solo piece, the ethereal, semi-symphonic and appropriately titled "Fugie" acting as a place of calm respite from the album's largely in-your-face stance.

If Volume 1 left many fans eagerly awaiting a second installment, the advances and newfound friends on Dirty & Beautiful Volume 2 should leave them satisfied, but equally hungry for Volume Three.

Dirty & Beautiful Volume 2 does not merely pick up where 2010’s Volume 1 left off. Volume 2 expands upon Gary’s musical vision of creating music that is passionate and sophisticated, yet infused with grit and rawness. The mix of Husband originals and cover tunes are driven by the combination of the dynamic powerhouse drumming, ferocious lead lines and distinctly evocative keyboard harmony that altogether define Gary Husband’s “multiple threat” of a musical voice.

With a roster of top-tier musicians and stellar performances, Gary Husband’s Dirty & Beautiful Volume 2 promises to be one of the most musically exciting and musically rewarding releases of 2012. 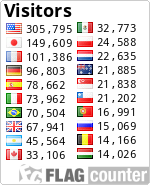